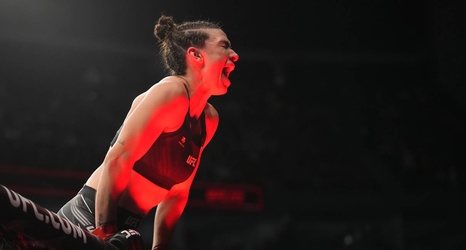 An interesting fight between No. 4 and No. 5 in the strawweight division is set.

Brett Okamoto of ESPN reported Mackenzie Dern and Yan Xiaonan are expected to headline a UFC Fight Night scheduled for Oct. 1 at a location and venue soon-to-be determined.

Dern recently returned to the win column with a split decision over Tecia Torres at UFC 273 this past April. The Brazilian jiu-jitsu ace was on a four-fight win streak before losing a unanimous decision to Marina Rodriguez at UFC Vegas 39 in October. Though she previously expressed interest in a potential interim championship fight against Zhang Weili, Dern also hinted at Xiaonan being her next opponent.