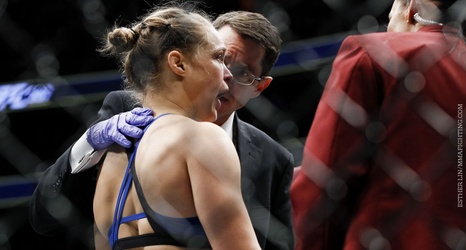 Strawweight prospect Mackenzie Dern has her first fight of 2020 lined up.

Combate and MMA Fighting both reported that Dern is set to face Ariane Carnelossi at UFC Lincoln this spring. The UFC has not yet made the matchup official.

Dern (7-1) is a decorated, multi-time jiu-jitsu world champion who’s been a professional MMA fighter since 2016. She made her UFC debut in March of 2018, winning a split decision over Ashley Yoder. An impressive knockdown and submission of Amanda Cooper soon followed, but went on maternity leave afterward. She returned to competition in October, a mere four months after giving birth to her daughter, but lost a unanimous decision to Amanda Ribas at UFC Tampa.