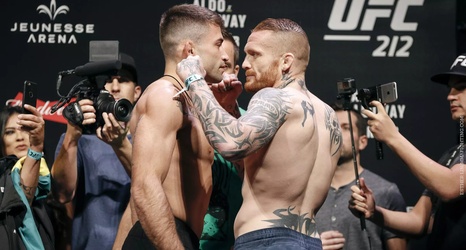 RIO DE JANEIRO, Brazil — The UFC rarely gives fighters another change if they go winless in their first two UFC appearances, but Luan Chagas hopes to make the most of his opportunity at UFC 212.

Chagas signed with the UFC to face Sergio Moraes on short notice at UFC 198, and fought to a majority draw. Four months later, the welterweight took on Erick Silva after their opponents pulled out of UFC Fight Night 95 due to injuries. After knocking Silva down in the fight, Chagas lost via submission in the last round.