‘Losses mess with me a lot, mentally’ - Virna Jandiroba relieved by win over Angela Hill 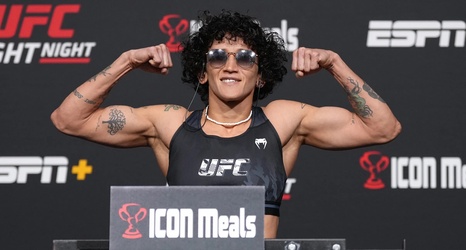 It sounds like former Invicta strawweight champion Virna Jandiroba took a serious weight off her shoulders at UFC Vegas 54. Coming off a loss to Amanda Ribas in her last outing, ‘Carcara’ managed to avoid a dreaded two-fight skid by besting Angela Hill via unanimous decision in the preliminary portion of the card.

In an interview with Combate, Jandiroba explained that she rarely handles defeat well, so it was a major relief to fight her way to a win on Saturday night in Las Vegas. With a victory once again under her belt, Virna feels ready to restart her climb towards the division’s peak.