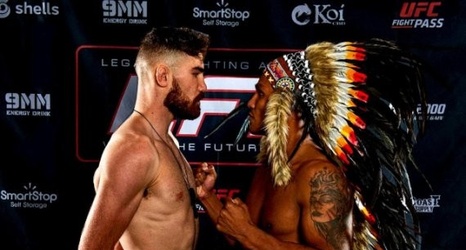 After nearly a month off, the Legacy Fighting Alliance is back with a vengeance in a mile-high arena in Colorado.

LFA 116 goes down in the Dobson Arena in Vail, Colo., on Friday night on UFC Fight Pass. Capping off the 13-fight billing is a middleweight clash pitting Josh Fremd (7-2) against Renato Valente Alves (8-4). Of the 26 competitors to hit the scales – including the first eight in the amateur ranks – only one fighter missed weight: Dan Argueta (138)*, who came in two pounds above the bantamweight limit.