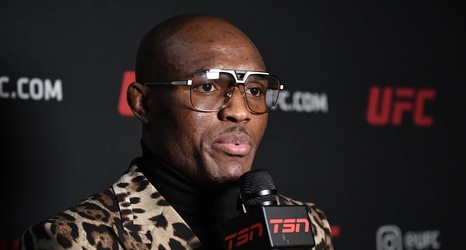 Kamaru Usman knows Georges St-Pierre doesn’t want to fight him, and he’s perfectly okay with that.

In fact, ‘The Nigerian Nightmare’ wants fans and reporters alike to stop comparing his legacy to St-Pierre’s and allow the welterweight great to retire in peace.

“Georges doesn’t want it,” Usman, who could eventually surpass St-Pierre as the welterweight GOAT, told MMA Junkie in a recent interview. “know he doesn’t want it, so that’s okay. I’ve let that ship sail because he’s retired. Let him retire in peace, eat and drink, do whatever he wants”.

Usman knows St-Pierre’s legacy will forever ‘haunt the [welterweight] division’ because ‘Rush’ never actually lost his title, but Usman is focused on forging his own legacy.