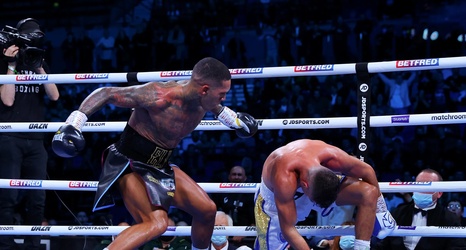 So much happened in the combat sports world on Saturday, including UFC 269 with two memorable title bouts, and multiple huge boxing events that saw Nonito Donaire fending off father time and more of Vasyl Lomachenko’s wizardry.

Apart from all of that, DAZN also hosted a possible late entry for 2021 knockout of the year, with Conor Benn completely crumpling Chris Algieri with a huge bomb. Benn remained undefeated at 20-0 by scoring multiple knockdowns including that highlight reel knockout finish in the fourth round of their fight.

Watch the clips below, including this impressive front roll from Algieri as he was falling to the mat — which was still ruled a knockdown.