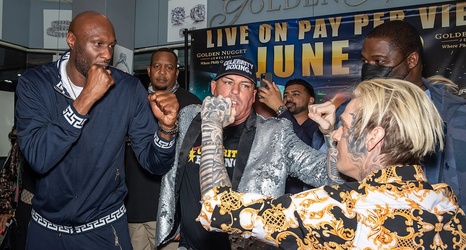 The celebrity boxing trend continues, and the promotion that put on that horrible circus mismatch between former NBA player Lamar Odom and pop star Aaron Carter is back.

Despite both men dealing with years of very serious health issues and addiction, along with not really having much skill in boxing — or for Carter’s case, any fighting ability — they will still be returning to the ring soon.

The 41-year-old retired NBA player won by TKO last June, in a mismatch that not only shouldn’t have happened, but also lasted way too long.