Kyle Daukaus Returned To His Roots 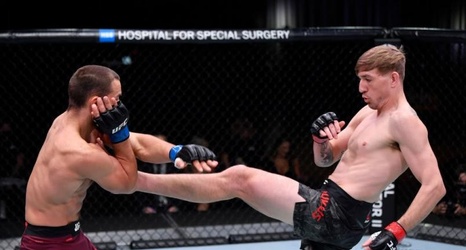 Kyle Daukaus has no shortage of motivation heading into his main card assignment opposite Aliaskhab Khizriev Saturday on ABC, as videos and images of the efforts being put in by the competitors he’s chasing in the UFC middleweight division stream across his social media timelines on the regular.

“I see these guys that are at the top level, in the Top 15 and how good they are, how hard they’re working, and it should make you work that much harder,” said the Philadelphia native, who secured his first UFC victory last time out against Dustin Stoltzfus in November.