Kyle Daukaus Realized Where He Stands 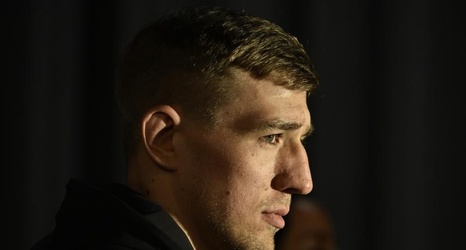 Kyle Daukaus was all for being thrown into the deep end.

The Philadelphia product had been waiting for his shot at the UFC for years after competing in Cage Fury FC and appearing on season three of Dana White’s Contender Series. So, when Daukaus received a short notice offer to fight the surging Brendan Allen at UFC Vegas 4, he didn’t hesitate to take the fight for even a moment.

Daukaus would go on to drop the bout against Allen, suffering his first defeat as a pro in a very competitive back-and-forth fight. The impressive performance let UFC brass and MMA fans around the world know that Daukaus (9-1) can not only hang in there with top prospects at middleweight but push them to the brink.