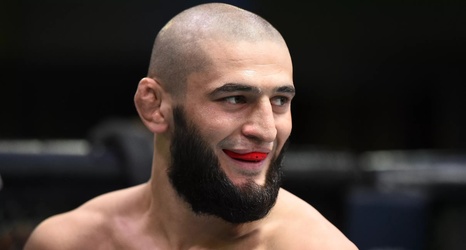 Surging UFC prospect Khamzat Chimaev believes he’s the next big thing at welterweight and middleweight, with the dual-division fighter teasing of possible fights with Kamaru Usman and Israel Adesanya.

Despite only making his UFC debut in July, Chimaev has already won three straight fights and believes he is destined to become the next simultaneous two-division champion.

Speaking to Dan Hardy in a recent interview, the 26-year-old Swedish-Russian powerhouse said he has the knockout power to dethrone welterweight king Usman as well as the wrestling to shut down middleweight champ Israel Adesanya. Chimaev also believes Paulo Costa was ‘scared’ of Adesanya at UFC 253 and can’t understand why the Brazilian shied away from ‘The Last Stylebender’ after months of trash talk.