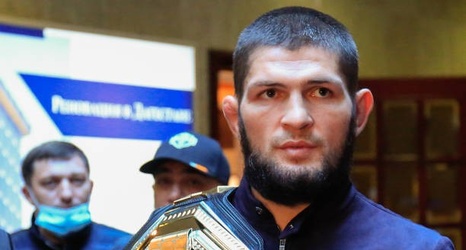 "Let's be real, [if] any of these soft steroid freaks wanted to go ahead and have a wrestling match with Khabib and they wanna get beat up for real, they know who they need to call," Abdelaziz told TMZ Sports in an interview released Sunday. "He'll go there and he'll smash John Cena's face. No problem."

Nurmagomedov retired from the UFC in October after successfully defending his lightweight title with a submission victory over Justin Gaethje, which moved his career record to 29-0.