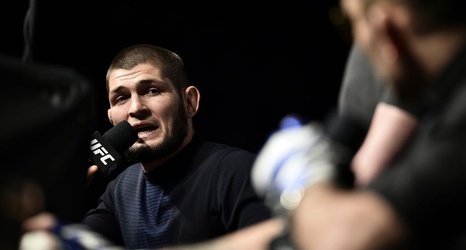 Even though the chances of them facing each other in the cage is zero, Khabib Nurmagomedov and Tony Ferguson seem completely unable—or unwilling—to let their rivalry dissipate.

Both men have shown that they just can’t help themselves when it comes to talking about the other online. Former UFC lightweight champion Nurmagomedov has gone even further than that, committing parts of his memoir to Ferguson. In that book he called El Cucy ‘pure dirt’ and railed against what he called a ‘mediocre upbringing’.

Today Nurmagomedov announced that he was “not gonna go low and personal” with regards to Ferguson.