Khabib Nurmagomedov shuts down comparisons to Charles Oliveira: ‘Nobody ever touched my face’ 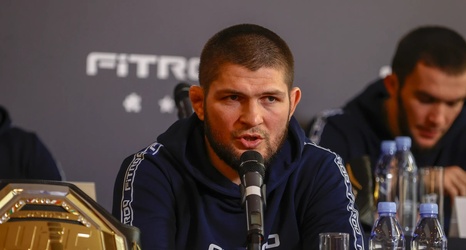 Khabib Nurmagomedov has only been retired one year but some fans think Charles Oliveira is already well on his way to surpassing him as the UFC lightweight G.O.A.T.

Oliveira, 32, is on an eleven-fight winning streak with recent stoppage victories over Michael Chandler, Dustin Poirier, and Justin Gaethje. He also holds multiple UFC records including the most submissions (16) and the most finishes (19) in the promotion’s history, so it’s easy to see why he is held in such high regard and why so many fans think the Brazilian is destined for G.O.A.T. status.

Oliveira is the self-proclaimed “chosen one”, after all, but Nurmagomedov would like to remind everyone that the 32-year-old is far from invincible and has accumulated a lot of damage in his last few fights.