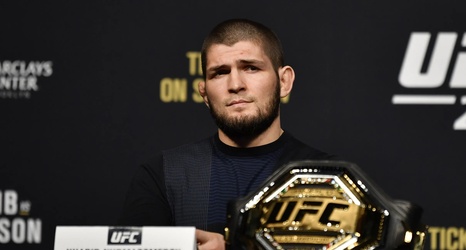 He may be retired, but former UFC lightweight champion Khabib Nurmagomedov is still keeping a close eye on his former division.

The undefeated “Eagle” recently spoke to Russian reporter Igor Lazorin to give his thoughts on the 155-pound title picture. He had nothing but praises for current champion Charles Oliveira, who won the vacant belt at UFC 262.