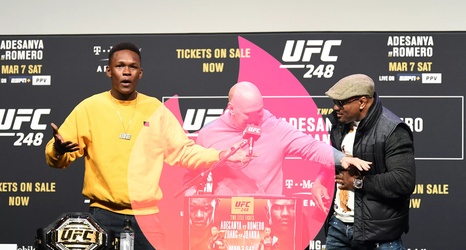 Veteran lightweight and welterweight Kevin Lee’s days in the UFC are over.

MMA Fighting reported on Tuesday that ‘The Motown Phenom’ has been released from his contract, three months removed from his decision loss to Daniel Rodriguez. He is currently under USADA suspension through February 2022 after testing positive for Adderall.

Lee (18-7) once challenged for the UFC’s interim lightweight title when he took on Tony Ferguson at UFC 216 in 2017. After a strong start, Lee wound up losing by third-round submission. He made his UFC debut in 2014, losing a decision to Al Iaquinta before rattling off nine wins over his subsequent 10 fights, including submissions of Michael Chiesa and Francisco Trinaldo.