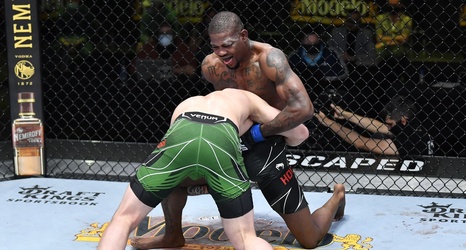 From going 5-0 in 2020, number ten-ranked UFC middleweight Kevin Holland is now staring at two straight losses in 2021. His most recent setback came at the hands of Marvin Vettori at UFC on ABC 2 on Saturday.

But even with his two-fight skid, “Trailblazer” (a.k.a “Big Mouth”) is shrugging it off and moving forward.

“When I seen Marvin didn’t have an opponent, the smart thing to do would’ve been staying in that shower and not answering the phone call,” Holland told Megan Olivi in a post-fight interview. “But I never said I was smart. Courageous and a company man is something I am.