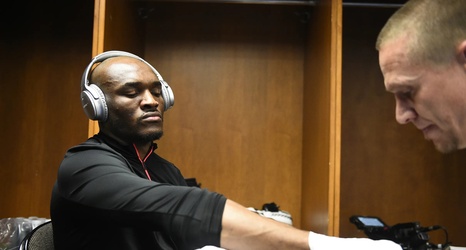 Kamaru Usman has revealed that he fought Colby Covington with a broken hand in their welterweight title rematch at UFC 268.

‘The Nigerian Nightmare’ said that he broke his right hand while sparring teammate Justin Gaethje at Onx Sports in Colorado just three weeks out from the fight.