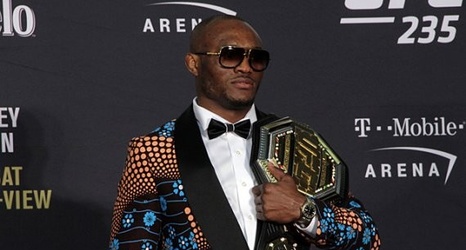 Even after they meet in the Octagon as expected later this year, Kamaru Usman and Colby Covington will likely never be the best of friends.

The two welterweight rivals’ most recent confrontation occurred on the set of ESPN’s post-fight show following UFC on ESPN 5 in Newark, N.J., this past Saturday. Usman and Covington jawed at one another while surrounded by security, perhaps setting the stage for a championship clash later this year. Covington returned from more than a year absence to win his seventh straight contest in the main event, taking a dominant decision over Robbie Lawler.