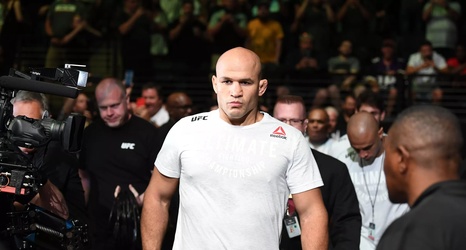 Junior dos Santos’ time in ‘Danca dos Famosos’, Brazil’s version of popular TV show Dancing With The Stars, ended last Sunday after the former UFC heavyweight champion and his partner were the public’s least favorite pair in a ‘paso doble’ round.

After being sidelined for a couple of weeks due to a bad case of staph infection, Junior came back into the competition, but received the lowest amount of votes out of of five other pairs, leaving the competition on December 1.

In an interview with Globo, the TV station which that broadcasts the show, Junior said he had an amazing time and enjoyed receiving all the support from friends, family, and the fans.