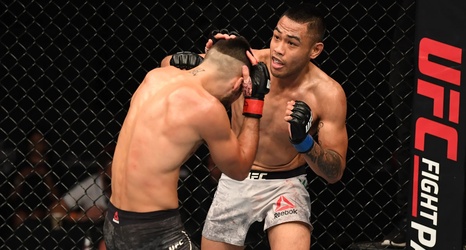 Joshua Culibao will attempt to secure his first octagon victory when he faces Chinese talent Yilan Sha in a featherweight bout on May 22, multiple people with knowledge of the booking told MMA Fighting.

The UFC has yet to announce the location and broadcast details for the show, which features Cody Garbrandt vs. Rob Font in a five-round bantamweight headliner.

Australia’s Culibao (8-1-1) joined the UFC as an undefeated 8-0 prospect in 2020 but lost via TKO to Jalin Turner before fighting to a split draw with Charles Jourdain eight months later.