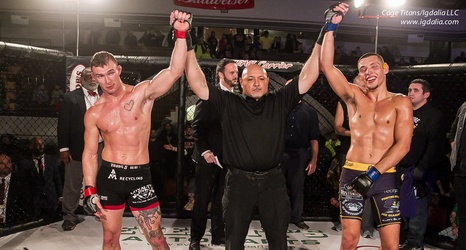 A frustrated and disappointed Josh Harvey spoke with MMASucka following a puzzling result in the main event of Cage Titans 41.

The undefeated Harvey took on TUF 27 finalist, Joe Giannetti in the final bout of Saturday evening. Harvey and Giannetti battled for the entirety of the scheduled 15 minutes over three rounds. At the end of regulated time, the judges rendered a verdict of; majority draw with scores of 29-28 Harvey, 29-28 Giannetti, and 28-28.