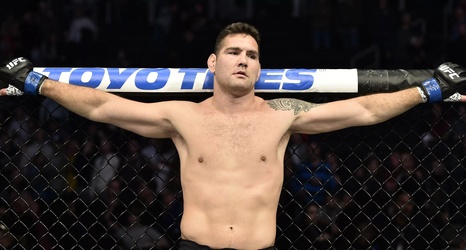 Chris Weidman’s light heavyweight debut did not go as planned, as Dominick Reyes knocked him out less than two minutes into the UFC Boston main event.

That defeat figures to be the end of any title shot hopes for the former UFC middleweight champion, whom in the lead-up to the Reyes bout had his sights set on taking on current 205 lbs king Jon Jones.

“If it’s up to me, I dominate Dominick Reyes and I go against Jon Jones,” Weidman said in a UFC Unfiltered interview.

Jones had responded to Weidman’s comments with a simple, “be careful with that target you’re staring at on my back, it just might bite you in the ass.