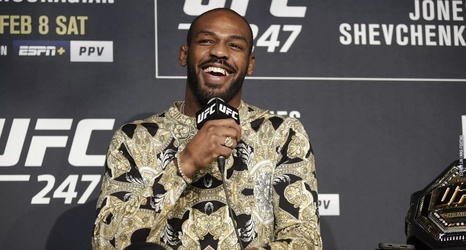 Jon Jones has been teasing a heavyweight title fight in his immediate future, but now he’s cast some doubt regarding that as his next move.

Ahead of his UFC 247 showdown with Dominick Reyes, Jones has fielded a ton of questions about his future with the potential to win a second world title by challenging heavyweight champion Stipe Miocic in the future.

While he has said that’s a fight he believes he can win, the longest reigning UFC light heavyweight champion in history is now saying that he still has work to do in his own division with new contenders like Reyes lining up to face him.