Jon Fitch isn’t happy with the judges after his majority draw with Rory MacDonald at Bellator 220. 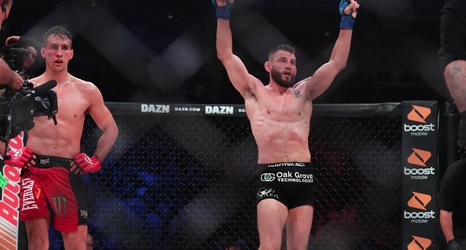 After his majority draw with Rory MacDonald at Bellator 220, Jon Fitch has called for new people to be judging fights as he disagreed with the scorecards on the night.

Fitch fought MacDonald in the main event of Bellator 220. In the third round, all three judges gave Fitch a 10-8 round as he dominated “The Red King” on the ground. The draw meant MacDonald advanced into the next round of the welterweight grand prix.

Unhappy and ‘in shock’ following the result, Fitch explained to BJPenn.com why he thinks he should be advancing to the next round.