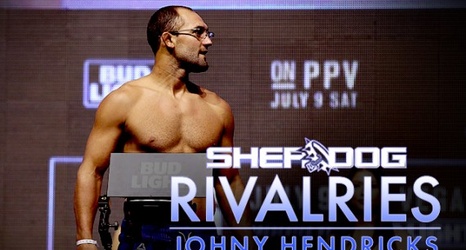 Johny Hendricks was for a short time the brightest star in the Ultimate Fighting Championship’s welterweight sky.

A four-time NCAA All-American wrestler and two-time national champion at Oklahoma State University, he made his professional MMA debut on Sept. 28, 2007 and won 15 of his first 16 bouts. Victories over Mike Pierce, Josh Koscheck, Martin Kampmann and Carlos Condit propelled him forward and led to a brief reign as undisputed UFC welterweight champion in 2014. However, competitive mileage caught up to Hendricks later in his career.