Jimmy Flick announces retirement: ‘The UFC is not my dream no more’ 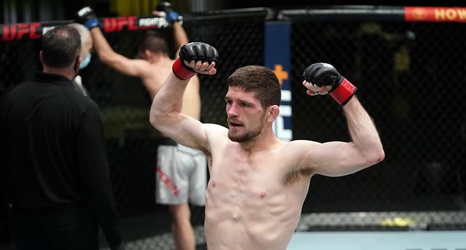 One of the most exciting, up and coming flyweights in the UFC has decided to call it a career.

Jimmy Flick, who earned a contract on Dana White’s Contender Series in September and earning his first octagon victory to cap off 2020, announced his retirement Saturday at the Freestyle Cage Fighting event in Tulsa, Okla. Before getting his Contender Series shot, Flick captured the FCF flyweight title in February 2020 with a first-round submission win.

After an impressive showing on DWCS, “The Brick” delivered one of the best submissions of 2020 in the UFC with a flying triangle choke against Cody Durden at UFC Vegas 17.