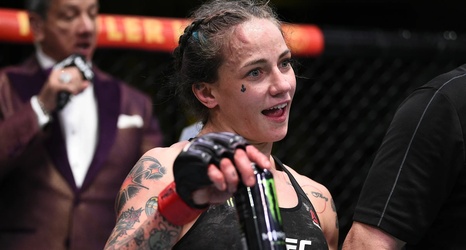 The fallout from the Dominick Cruz vs. Monster and Hans Molenkamp beef is still taking place, according to Jessica-Rose Clark.

In March, after his win over Casey Kenney at UFC 259, Cruz accused Molenkamp, who is an employee of UFC sponsor Monster Energy of making demands of fighters and potentially withholding sponsorship money.

At the time, UFC president Dana White dismissed the rift as a personal one between Cruz and Molenkamp and nothing that would have an effect on the UFC.

A few days ago, the former two-time UFC champion, said that he and Molenkamp, with the help of some boundaries Cruz put in place, are on better terms.