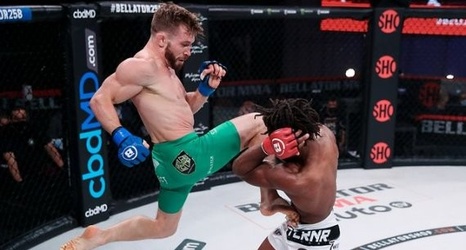 A lightweight clash between Jay-Jay Wilson and Alfie Davis scheduled for Bellator 272 has been canceled.

As a result, a bantamweight scrap pitting Josh Hill against Jared Scoggins has been elevated to Friday’s main draw. MMAjunkie.com was first to report the removal of Wilson vs. Davis, and promotion officials confirmed the new Bellator 272 lineup on Monday. A reason for the cancellation is currently unclear.

Bellator 272 takes place at Mohegan Sun Arena in Uncasville, Conn., and is headlined by a bantamweight championship tilt between Sergio Pettis and Kyoji Horiguchi.