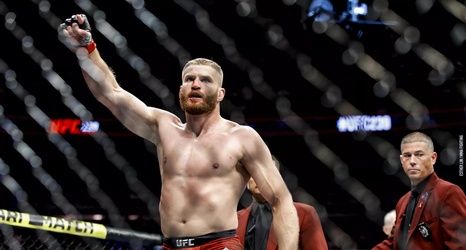 Jan Blachowicz is currently in talks to face one undefeated UFC star and he’s long had another in his sights.

The feud between Blachowicz and Jon Jones is nothing new as during Jones’ time as UFC light heavyweight champion, he entertained the notion of someday facing the Polish standout. That matchup makes even more sense now, with Blachowicz having captured the 205-pound belt that was made vacant in the wake of Jones impending move to heavyweight.

At the moment, the talk is that Blachowicz’s first title defense will be against middleweight champion Israel Adesanya.