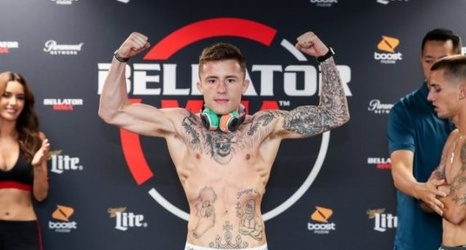 James Gallagher and Callum Ellenor will share the cage after all.

The two will now be the main event of Bellator Dublin on Feb. 22. The two fighters were originally set to fight this past September in Dublin, but Ellenor was forced off the card after a concerning brain scan came back. However, after a second opinion, it was determined Ellenor was misdiagnosed and he is cleared to fight.

“Ellenor has been medically cleared by a licensed physician to return to active competition, following an incorrect reading initially provided by a doctor in South Africa,” Bellator MMA officials said in a statement.