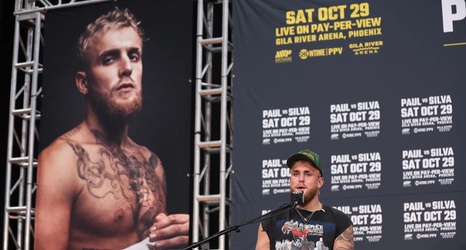 Eddie Hearn thinks it’s Jake Paul vs. the world as the YouTuber turned boxer prepares to fight Anderson Silva in a boxing match on Oct. 29 at the Gila River Arena in Phoenix, Arizona.

Paul is looking to establish himself as a legitimate talent with a win over Silva but fight promoter Hearn thinks the 25-year-old has picked the wrong opponent to silence his detractors.

Hearn admittedly doesn’t know much about Silva but thinks a win over the 47-year-old UFC legend does nothing to advance Paul’s career or legitimize him in the eyes of those who claim he doesn’t belong on the pro-circuit.