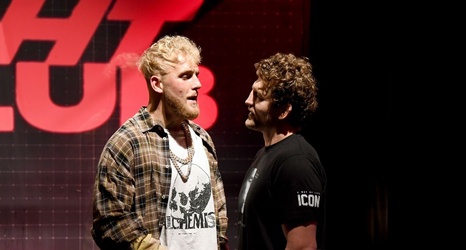 The last time Jake Paul and Ben Askren spoke to the media the event ended with an Askren palm to the face and a light as a feather dig from Paul to the ribs. Who knows what will happen this time around.

You can watch the absurdities with our live stream above. It goes live at 11 AM ET.

When Paul and Askren meet in the boxing ring, Paul will be looking to improve his pro record to 3-0. His first two fights, which both happened last year, were against complete combat sport novices. One was a fellow YouTuber and the other was former NBA slam dunk champion Nate Robinson.