Israel Adesanya knew exactly what Paulo Costa was going to do at UFC 253: ‘I told you he’s dumb, I’m smart’ 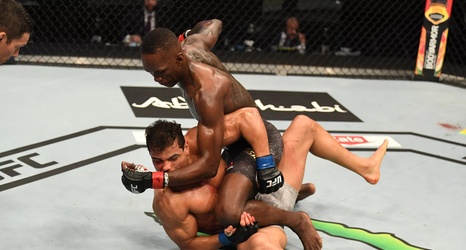 Israel Adesanya heard all the stories about Paulo Costa’s ferocious power and how the Brazilian was allegedly going to take his head off at UFC 253.

Instead, “The Last Stylebender” put on a masterful performance, chopping the Brazilian down in the opening frame with a series of blistering leg kicks before setting up a head kick and a combination of punches that put Costa down for good in the second.

While UFC President Dana White had big expectations for the matchup, calling it the “Fight of the Year,” Adesanya knew without a shadow of a doubt that Costa’s game plan would ultimately be his undoing.