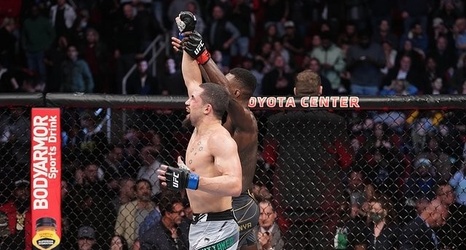 A long-rumored middleweight championship clash between Israel Adesanya and Jared Cannonier has an official date and location.

The promotion announced on Saturday that the fight will serve as the headliner for UFC 276 at the T-Mobile Arena in Las Vegas on July 2. The card will also include a featherweight championship trilogy between Alexander Volkanovski and Max Holloway in the co-main event.

Adesanya will attempt to make his second successful title defense of 2022 after besting Robert Whittaker in a rematch in the UFC 271 headliner on Feb.