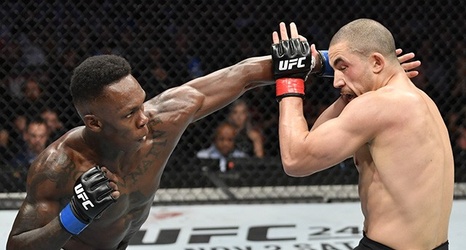 If Israel Adesanya keeps winning the way he has and continues to be as charismatic as he has been, there’s no telling how huge of a star he’ll be.

On Saturday night in the main event of UFC 243 down in Melbourne, “The Last Stylebender” made good on his promise to become undisputed UFC middleweight champion. The Nigerian used his incredible striking prowess to end Robert Whittaker’s reign as the king of the 185-pound division, knocking “The Reaper” out with a sizzling right-left hook combo to the jaw. His follow-up punches officially ended the fight at 3:33 of the second, mostly silencing the UFC-record crowd of 57,127 inside Docklands Stadium.