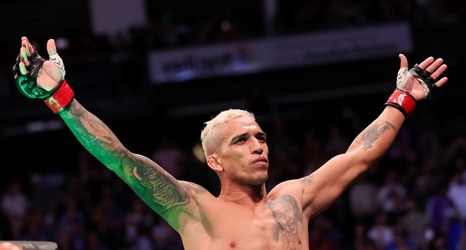 Newly crowned UFC lightweight champion Charles Oliveira received a hero’s welcome when he returned to Sao Paulo recently. After his historic win over Michael Chandler at UFC 262 Do Bronx declared that, “The favela has won!”

Oliveira’s history growing up in one of Brazil’s more impoverished areas is well documented. As is his reported generosity in giving back to his community, which includes handing out food packages to current favela residents.

The new champion recently spoke to Combate on how his life, and finances, might change now that he holds the lightweight belt.

During that appearance Oliveira got real in talking about how he still needs to worry about his income.