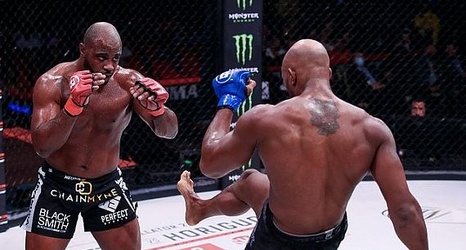 Timothy Johnson and Tyrell Fortune were supposed to have a rematch at Bellator 277. Instead, the two heavyweights will face different opponents at the April 15 event.

Johnson will lock horns with Linton Vassell, while Fortune will face Steve Mowry in newly-booked heavyweight bouts at Bellator 277. The California-based promotion confirmed the pairings following an initial report from MMAjunkie.com. Johnson defeated Fortune via first-round knockout at Bellator 239.

Bellator 277 takes place at the SAP Center in San Jose, Calif., and is headlined by a featherweight title rematch between A.