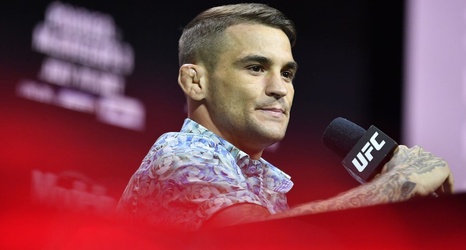 There is an ongoing conversation about who the best boxer in the UFC is. Max Holloway thinks it’s him, much to the chagrin of the company’s biggest and loudest superstar.

Dustin Poirier, however, gave a different take, and it’s someone who likely isn’t one of the first choices among fans.

“Me and Thiago Alves was just talking about this. I think Petr Yan,” Poirier told Ariel Helwani during a recent appearance on The MMA Hour. “Just the way he moves; the way he doesn’t waste a lot of movements.

“His positioning is always crisp, his footwork, he’s never out of position.