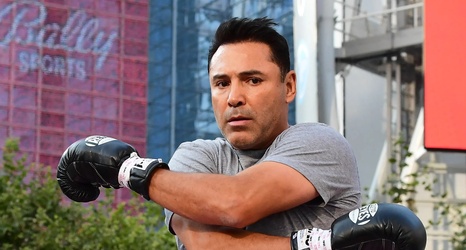 In an unforeseen turn of events, Oscar De La Hoya recently went on record with Ariel Helwani to publicly make peace with UFC president Dana White and even extend an offer for a possible business venture. In the same MMA Hour episode, “The Golden Boy” also admitted that he “dodged a bullet” with the cancellation of his supposed exhibition match with former UFC champion Vitor Belfort.

The two men were scheduled to face each other in August 2021, but De La Hoya was forced out due to a battle with severe COVID. Now, he says he’s perfectly fine about the bout falling through, while also confirming that he is “done” with the sport, as far as competition goes.