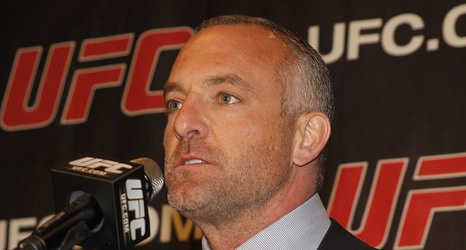 Not long after leaving the UFC’s featherweight division for the first time Dan Hooker told reporters that it’d “take a million bucks” to get him to drop back down to 145 lbs. Instead, it took 5 years and a string of losses to the lightweight division’s elite.

Hooker returned to his former weight class earlier this year, taking on Arnold Allen at UFC London. The fight ended at just two minutes and 33 seconds of the first round. The first KO win for Arnold Allen since leaving Cage Warriors almost a decade ago. And, from the sound of things, a sudden final nail in the coffin for Hooker’s featherweight ambitions.