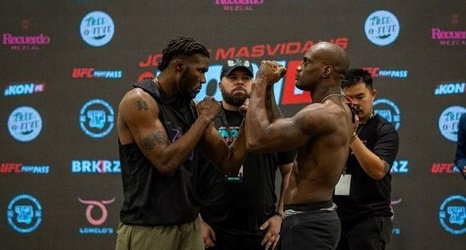 Jorge Masvidal is growing his combat sports empire and adding MMA to his collection. His rebrand of the iKON brand kicks off tonight with Jorge Masvidal’s iKON FC 1, based in West Palm Beach, Florida. The card kicks off at 7pm ET/4pm PT on UFC Fight Pass, and MMA Sucka will have all of the coverage right here.

In the main event, former UFC fighter Jared Gooden (18-7) begins the next leg of his career by taking on “Uncaged” Aaron Highbaugh (9-4). Gooden went 1-3 for the UFC, most recently losing a decision to Randy Brown after previously picking up a highlight-reel knockout against Niklas Stolze at UFC Vegas 33.