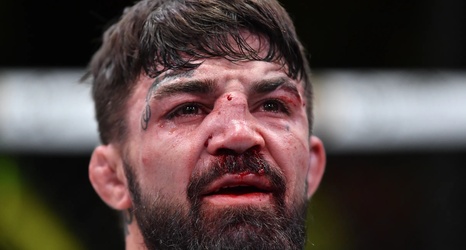 UFC welterweight Mike Perry is struggling to cope with his most recent loss. “Platinum” suffered his second straight defeat at the hands of Daniel Rodriguez on Saturday via a lopsided unanimous decision.

The 29-year-old competitor released a post-fight statement on Instagram, revealing he has one fight left on his UFC contract. Despite the sting of the loss, he intends to fight on for his loved ones.

I use to be great. Idk what happened. I have a fight left on my contract. I’ll train hard, I’ll give it my all for my family.