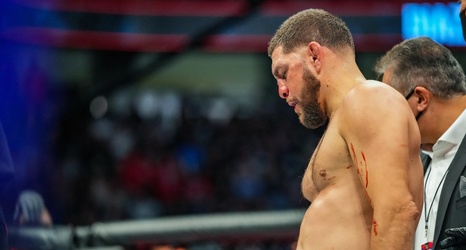 Every fighter likes to think they’ll know exactly when to retire. In a recent interview with Ariel Helwani, former multiple-time title contender Jorge Masvidal laid out his own plans, suggesting that he won’t stick around once he’s at the point where he can “no longer hang” with the younger generations of fighters in the gym. But things don’t always work out so easily.

Years ago, former lightweight champ Benson Henderson used to tell interviewers that he planned to retire from fighting and join the army reserves at age 33. Here he is now, at age 37, riding the first 3-fight losing skid of his career, having just dropped a unanimous decision to Brent Primus at Bellator 268.