I can bang a hooker but I can’t smoke weed? - Croom slams Nevada Commission for overturning win 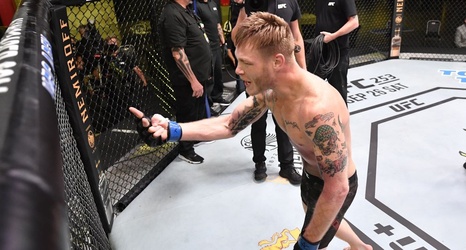 Kevin Croom scored an impressive 31-second submission win against Roosevelt Roberts during his UFC debut in September. However, the Nevada Athletic Commission overturned that victory to a No Contest after “The Hard-Hitting Hillbilly” tested positive for cannabis.

The 33-year-old fighter had just finished serving a four-month suspension for this infraction, as he now prepares to take on Alex Caceres this weekend. In his conversation with the media during a pre-fight scrum on Thursday, Croom says has been off the devil’s lettuce for a while now.

“I quit smoking two months ago,” said Croom as a pair of nunchucks draped down his neck and shoulders.