How the hell did we get here? 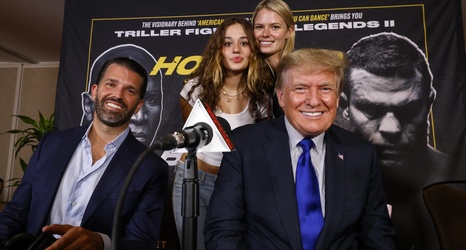 It was during the moment of silence honoring the victims of the September 11 terrorist attacks that a drunk woman began yelling obscenities at the crowd in attendance at Saturday’s Triller Fight Club event.

“This isn’t fucking Venezuela,” the woman, who donned a bandana emblazoned with the American flag, yelled as she was being escorted out of the building.

“Go fuck yourself,” someone in the crowd fired back.

As the commotion took place ringside, the pay-per-view broadcast maintained focus on former President Donald Trump, who was seated in a booth overlooking the arena as one of the featured commentators.