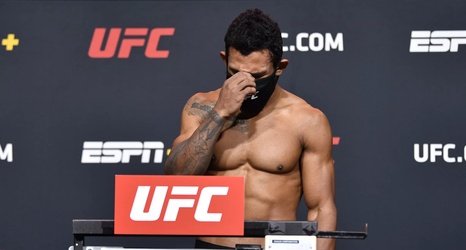 We have a new record for worst weight miss in UFC history, courtesy of Rafael Alves.

The Dana White Contender Series signing was scheduled to fight Pat Sabatini at UFC Vegas 19 on Saturday at featherweight. Alves not only missed the non-title limit of 146 lbs but he missed the lightweight one as well. How do you like 157.5 lbs?

That is officially the most a fighter has ever come in overweight in the UFC, surpassing Anthony Johnson’s 11-pound overage when he took on Vitor Belfort back in 2012, after which he was released from the promotion.