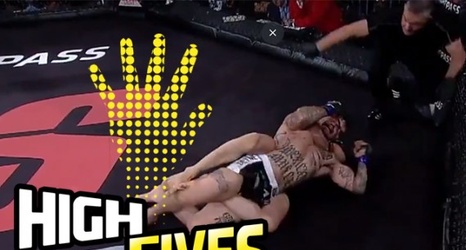 UFC Fight Night 153 was not the only item on the menu for MMA-hungry fans during the weekend of May 31-June 3. Rizin Fighting Federation on Sunday in Kobe, Japan, staged Rizin 16 -- a strong card that included a title fight. CES MMA on Friday highlighted the regional scene with CES 56 in Hartford Connecticut.

SUPERFIGHT … Rizin 16 was headlined by an atomweight superfight that pitted the promotional champion Ayaka Hamasaki against Invicta Fighting Championships titleholder Jinh Yu Frey, with the former’s belt on the line.