Henry Cejudo announces he will be father soon to daughter ‘America’ 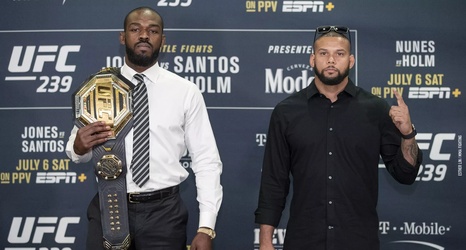 Henry Cejudo is an Olympic gold-medalist, a two-division champion, and he’s about to become a father.

During a recent appearance on Mike Tyson’s Hotboxin’ podcast, Cejudo revealed that he and girlfriend Ana Karolina are expecting.

Cejudo, 34, also announced that he is having a daughter and that they already have a name picked out for her: America. The patriotic name is a fitting one for the Los Angeles-born Cejudo, who represented the United States at the 2008 Beijing Olympics, where he became the youngest ever to win a gold medal in freestyle wrestling (a record later broken by Kyle Snyder).