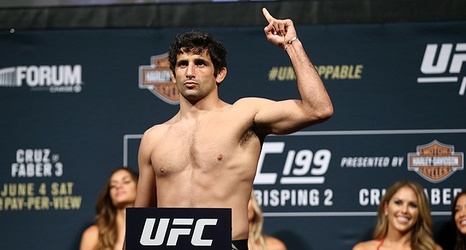 Greg Hardy will return to the Octagon for his fourth fight of 2019 at UFC Singapore when he takes on Jarjis Danho on Oct. 26.

Hardy last fought at UFC on ESPN 4, where he defeated Juan Adams by first-round technical knockout. Before that, he knocked out Dmitry Smoliakov to earn his first Octagon triumph at UFC Fight Night 150. Hardy lost his promotional debut to Allen Crowder at UFC Brooklyn when he was disqualified for landing an illegal knee in the second round. The former NFL star is currently 5-1 as a pro with all five wins coming by KO/TKO.